Jeff Fetterman and his band are a local Blues Rock band with southern and classic rock influences.

John McGuire is the drummer in the band and he is a Warren native, and was one of the founding members of another local band! Big Leg Emma, 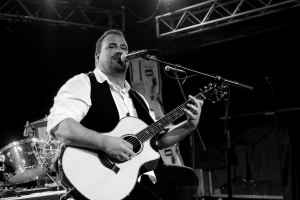 Jeff is a local musician as well coming out of the Bradford area and his band is just getting ready to take the stage Saturday Night at the Struthers Library Theatre in Warren.

They are currently on their “Southern Son” tour and have made a few stops already so far. 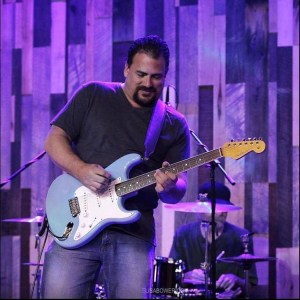 Saturday, October 17th, at 8 PM.
Jeff Fetterman is a blues/rock guitarist influenced by Jimi Hendrix, Kenny Wayne Shepherd, Stevie Ray Vaughan, and Jimmy Page.
His aggressive style of playing is both passionate and heart-felt.
He blends the genres of rock and roll, blues, Motown, and funk, molding them together to create his own driving sound on the guitar. His vocals are gritty and solid, giving his lyrics meaning beyond the paper.
Jeff has toured the States relentlessly, playing shows with Kenny Wayne Shepherd, Ana Popovic, Mato Nanji & Indigenous, Joe Louis Walker, Jimmy Vaughan, Stephen Stills, Samantha Fish, .38 Special, Molly Hatchet, Jimmy Thackery, Chris Duarte, and numerous others.
Tickets are $25 for the evening and can be purchased here; https://www.strutherslibrarytheatre.org/by-list/jeff-fetterman
92 Gold

This week on Community Matters, we met with members of each of the public libraries in Warren County for a…

Jeff Fetterman and his band are a local Blues Rock band with southern and classic rock influences. John McGuire is…