Would you ever stop someone in the street because their dog reminds you of a person? Ella Mullins from Memphis, Tennessee, says she often gets stopped by strangers asking for photos of her dog, George, because they say he looks like Joe Exotic from the documentary Tiger King. The dog has his hair cut short all over his body except on the back of his neck, which some people think resembles Joe Exotic’s mullet hair style. 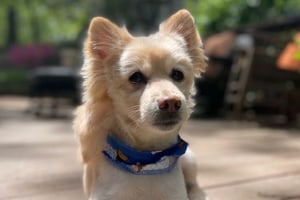 Another day…another adorbzz animal video. You KNOW I can’t help it…

Let’s all jump into Monday with this much excitement!

Vickie thought she had been robbed and vandalized. But nope. It was Bo.     https://youtu.be/oX51U1587rU