Designer brand Balenciaga recently unveiled a new limited-edition line of footwear so damaged and dirty that most people wouldn’t be caught wearing it in public.

A pair of Balenciaga Paris High Top Sneakers will set you back $625, but if you’re looking for the heavily destroyed version, that one will cost you almost three times that much. It’s hard to explain why, because they look like someone just picked up a pair of beat-up old Converse sneakers, wore them daily for another year or so and then slapped the ‘Balenciaga’ name on them.

The promotional photos put out by the fashion house have sparked quite the controversy on social media, with people wondering if Balenciaga is just trolling its fans at this point, and others trying to understand why anyone would pay $1,850 for its new “full destroyed” sneakers.

But even though reactions to the bizarre footwear – of which only 100 pairs are available for purchase – have been overwhelmingly negative, one could say that Balenciaga’s marketing team reached its goal. People are talking about the beat-up sneakers and photos of them are all over social media. I guess that’s a win, right?

Take a look. You won’t believe it. Seriously.

Check this out! They found it behind a wall!

I found this on the NY Post! If you secretly wished you could have taken down the Volturi in “Twilight,”… 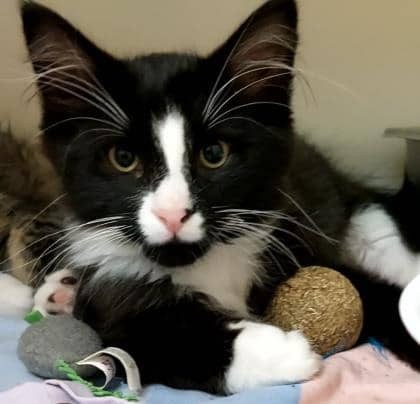 Every Wednesday, the Erie Humane Society drops by with noses to boop! They will be in studio at 7:50a!  EHS…