Tuna got a facelift! She can breathe now!

Tuna the puppy was having trouble breathing at night, so there was only one thing to do. One-year-old Tuna got a facelift to help the bulldog with her breathing issues. The surgery removed the roll of excess skin around her nose and surgery on her eyelids, which were so heavy they pulled her face down and made her eyes weep.

The female bulldog was rescued as part of an RSPCA animal welfare investigation, and doctors and animal rights organizations are using her story to point out the problems with dog breeders focusing on “cute squishy faces,” which they say is leading to a lot of dogs with health problems. 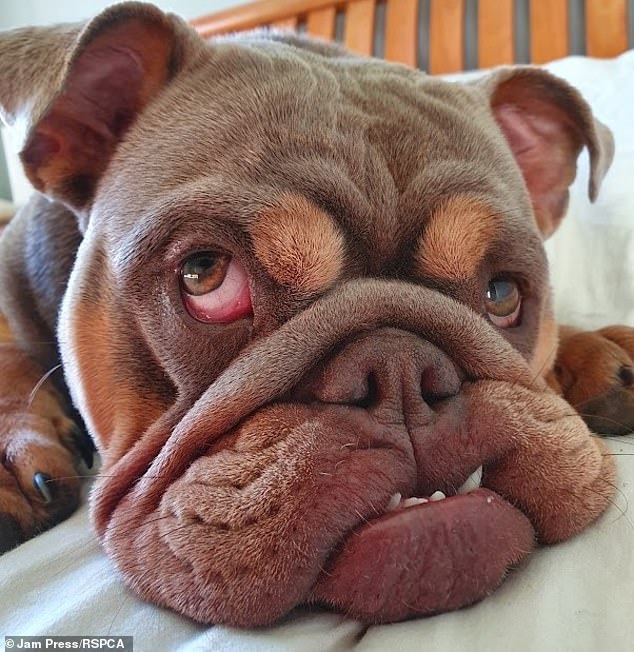 This is a stick to be proud of! This pupper meant business when he went out for a stick to…

Oppsie daisy. That pillow wasn’t important was it?

The pillow wasn’t THAT important was it? I mean…the store is full of them! Look at this sweet face! Who…

Um,,,LOOK AT THESE FACES! We will meet one of these puppies today! They are up for adoption through the Erie…